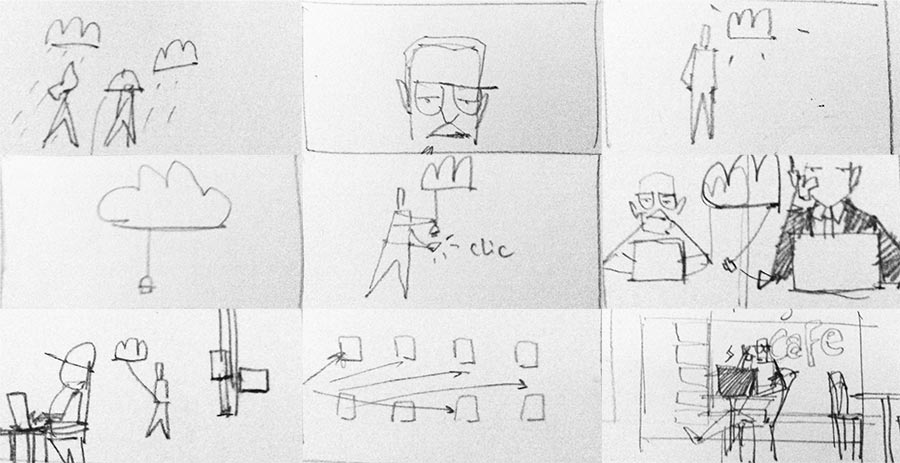 Above, the sketched storyboard. The thumbnails will then be used to created the first edit.

Below, the animatic edited with a demo voice-over. It served as a timing reference and helped to pace the film and later direct the recording of the final voice and music. It’s also a key element to help the client better understand the direction and mood of the film.

Below, a moodboard of Claude’s visual development. 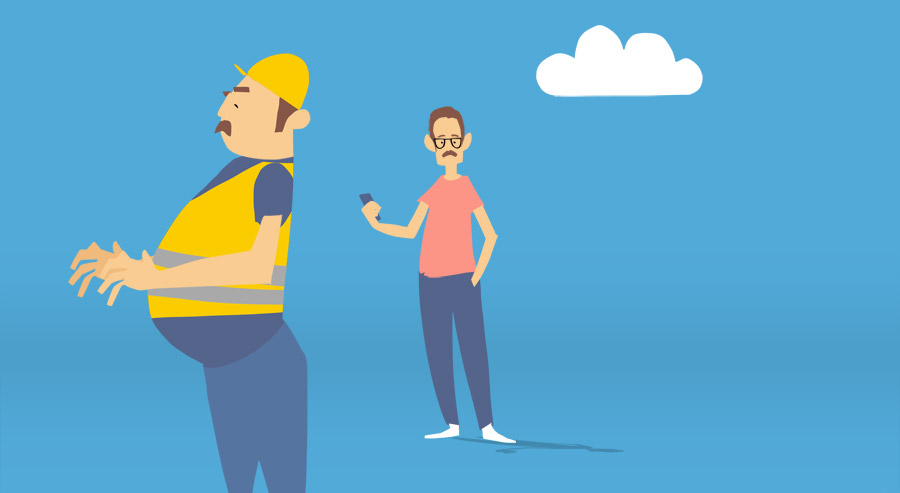 Once the content of the film and its style is greenlit, we can move on to the serious business: modeling, animating and edition/compositing. 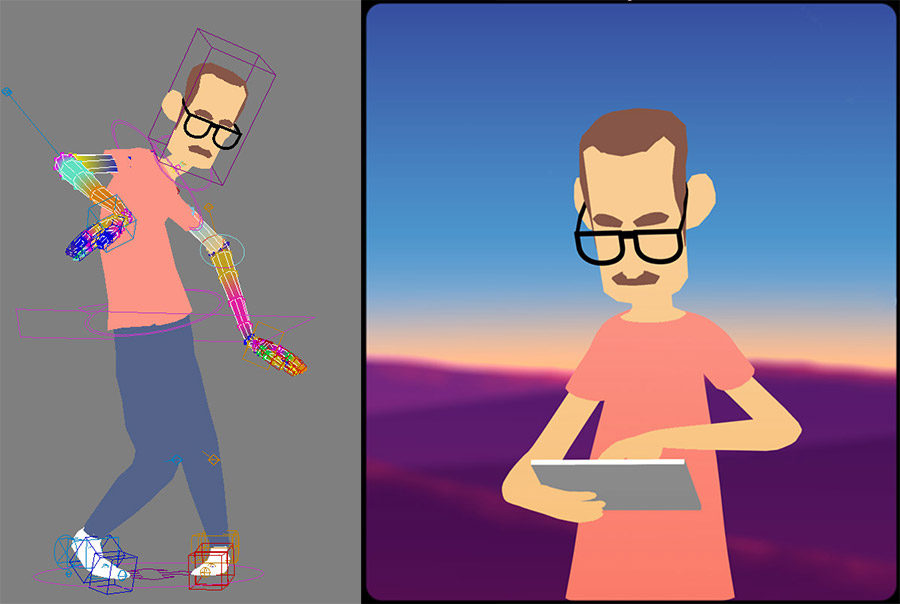